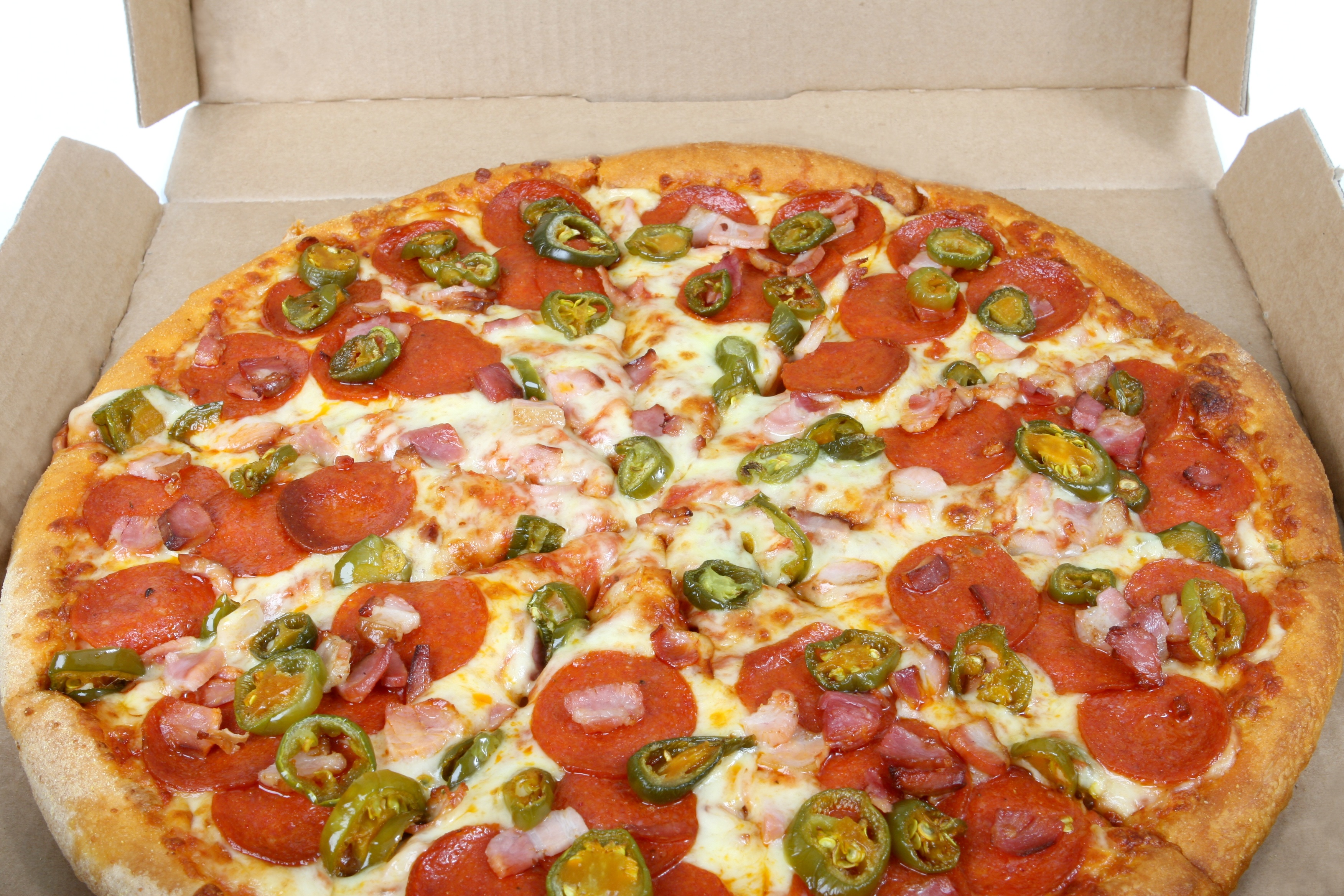 Australia is a fascinating fishbowl when it comes to economic policy. The stunning fact that belies so much about the Great Southern Land is with around just 25 million people its total population is smaller than single US states like California or Texas, and though many fellow Asian nations – like Indonesia, South Korea and Japan – are smaller in land size, they hold a far greater population.

Yet both the Australian nation as a whole and its citizens personally have long enjoyed a high standard of living and high level of personal wealth, AKA the ‘Middle Class Success Story’.

Australia has often achieved remarkable feats in the global economy – such as having the GFC largely bypass its shores as it wreaked havoc on other world economies – while sometimes leaving Australian consumers subject to questionable charges that may not fly elsewhere. Such as Adobe’s long held huge local markup on software leading many to think Australia is seen as a ‘Treasure Island’ by many businesses.

Population size and Photoshop costs may be interesting subjects but you’re also surely wondering what this has to do with pizza? Put simply, it’s about the competition between Dominos’ and your neighbourhood pizza store.

The Rise of Dominos in Australia

On an individual and organisational level Dominos is one of the great success stories in modern Australian business. True, pizza has long been on offer and popular Down Under – but an outside observer would be forgiven for thinking Dominos invented the wheel given the commercial success they’ve built upon advents like their popular $4.95 pizza promotion.

In just the past year Dominos’ share price has effectively doubled, going from a low of $37.50 in September 2015 to its current all time high north of $75. Now, it’s held the collapse of Eagle Boys (more on that in a moment) will see Dominos increase even further it’s estimated 50 per cent market share among the chain pizza market.

As a business, Dominos has been leading a shift towards an agile, online operation. As well as store expansions the capacity for a customer to order a pizza via an app -negating even the need to pick up the phone and dial your local store – has been at the forefront of Dominos’ delivering a more seamless user experience.

By many measures, Dominos has been equally the flag bearer for the growth of the Australian pizza industry as a whole.

In mid-July word broke the Eagle Boys pizza chain first founded in 1987 Tom Potter in the rural town of Albury, New South Wales had entered voluntary administration. From the heights of up to 340 stores and a 12 per cent market share the fall into administration signifies the end of an era in Australian fast food. Especially as Potter comparing Eagle Boy’s fate to Dick Smith’s collapse –  another high profile recent bust in Australian business – affirms the perception the franchise is (to use a common Aussie term) really ‘done and dusted’.

The news Eagle Boys has gone under is especially notable given its regional positioning. This is usually common knowledge among Australians, but for readers outside a brief primer is useful here.

Australia does have local dishes – the Melbourne Dim Sim, the Portuguese burger in Sydney, the Pie Floater in Adelaide, and the Crocodile kebab in Darwin (OK, one of these isn’t real!) – and like the sellers of these icons Eagle Boys has other businesses across a variety of sectors that stay regional in their focus.

Yet as a rule Australia doesn’t have the same spread of regional franchises the USA has – where Cottage Inn Pizza can be had anytime by Midwest eaters but can’t be enjoyed in the Deep South, just as In-N-Out burger appears destined to be forever beloved on the West Coast and longed for by those living on the East Coast.

Although Eagle Boys was well known in New South Wales and Queensland, it had a smaller presence in Victoria, South Australia, and Western Australia (and no locations in the Australia Capital Territory, the Northern Territory, or Tasmania). This in contrast to Dominos which has locations in every Australian state and territory.

The trade off to Dominos’ rise is it appears to come with the potential to do away with the local pizza shop, and continue doing so in future. While franchise stores outmanoeuvring and outpacing local business isn’t a new story, a Australian’s local pizza shop (unlike say a hardware or electronics store that has a regular turnover of new items and staff members) will often have been in operation for decades, and have a number of staff that’ve been working there for about the same period.

So were Dominos to replace every local pizza shop in every suburb the change wouldn’t just involve a new menu or logo on the door, it would mean a huge change to the method of operation. With the local pizza shop no longer a small business owned by just one or a few parties; but instead be a franchise operation will a uniform chain of command and mode of operation.

This piece isn’t a argument for or against the rise of Dominos. Nor necessarily with the doing away of the local pizza shop – for although all could agree it’d be a tragedy to see a great pizza shop that does an outstanding Hawaiian go under – so too would frustrated locals not lament Dominos moving in and offering a new menu if the current shop on the block only serves things comparable to a bad frozen grocery store pizza. This is either some alps in Antarctica or a stack of bad frozen pizzas.

By contrast the growing expansion and capacity to do things like $5 Pizzas may see local shops outpaced in what pizza they can sell for a low cost, while still making a profit.

Dominos may be leading this charge now, but the potential for other major pizza franchises like Pizza Hut to expand or even merged into a mega franchise with the new owner of Eagle Boys is potentially a live issue.

Currently independent pizza shops have a commanding lead overall, but just as the pizza industry has seen a marked change in the past 5 years, so too is the move towards gourmet, ‘healthy’ and vegetarian pizza options to be something a franchise like Dominos  – with all its resources for research and data analytics – will easily be able respond to. Your current local shop may struggle to.

Therefore, Eagle Boys demise may not be the end for its staff, but the first shot fired in a new war within the Australian fast food sector.

What This Means Beyond Australia?

The Domino trend detailed here concerns Australia, but Australia isn’t exclusively the domain of big business expansion. Once again, these occurrences are not necessarily bad things. Just as Costco has enjoyed a successful expansion in Australia so too can a city landing a big Apple store (or even Starbucks boldly opening their first franchise store in Italy with an aim to provide a different experience in the land of coffee) potentially become a successful venture. But for better or worse, it does mean what is happening with Dominos in Australia could also be mirrored in your local city soon.

What This Means Within Australia?

The downfall of Eagle Boys could be debated for a long time. Where competing arguments could be made that a focus on localisation and staying in one city, or greater expansion with more stores nationwide, could’ve delivered better outcomes.

Ultimately, whatever change other pizza retailers following this is unlikely to be seen before your next Friday or Saturday night trip to pick up a Margarita and Romana . But Eagle Boys demise was a seismic shock, and to what extent Dominos can pick up their ball and run with it – whether by formal takeover or merely seeking to install new Dominos stores in old Eagle Boys neighbourhoods – will surely have a big impact on what the Australian pizza industry looks like in 5 years. Just as Dominos fundamentally changed the way it looks now as compared to 5 years ago.

Right now though the chief question for the Australian consumer is do you like your local independent and non-franchise pizza shop?  If you do, it may be wise to show your support in months and years ahead by loading up on pizzas from the shop like a tourist in an airport gift shop. If you don’t though, perhaps wait until Dominos rolls into your neighbourhood with their successful menu, and with it the potential (for better or worse) to outmanoeuvre and outsell others competitors in the field. What the fight is for: The frontline of the Australian fast food battle. Also one with extra cheese.