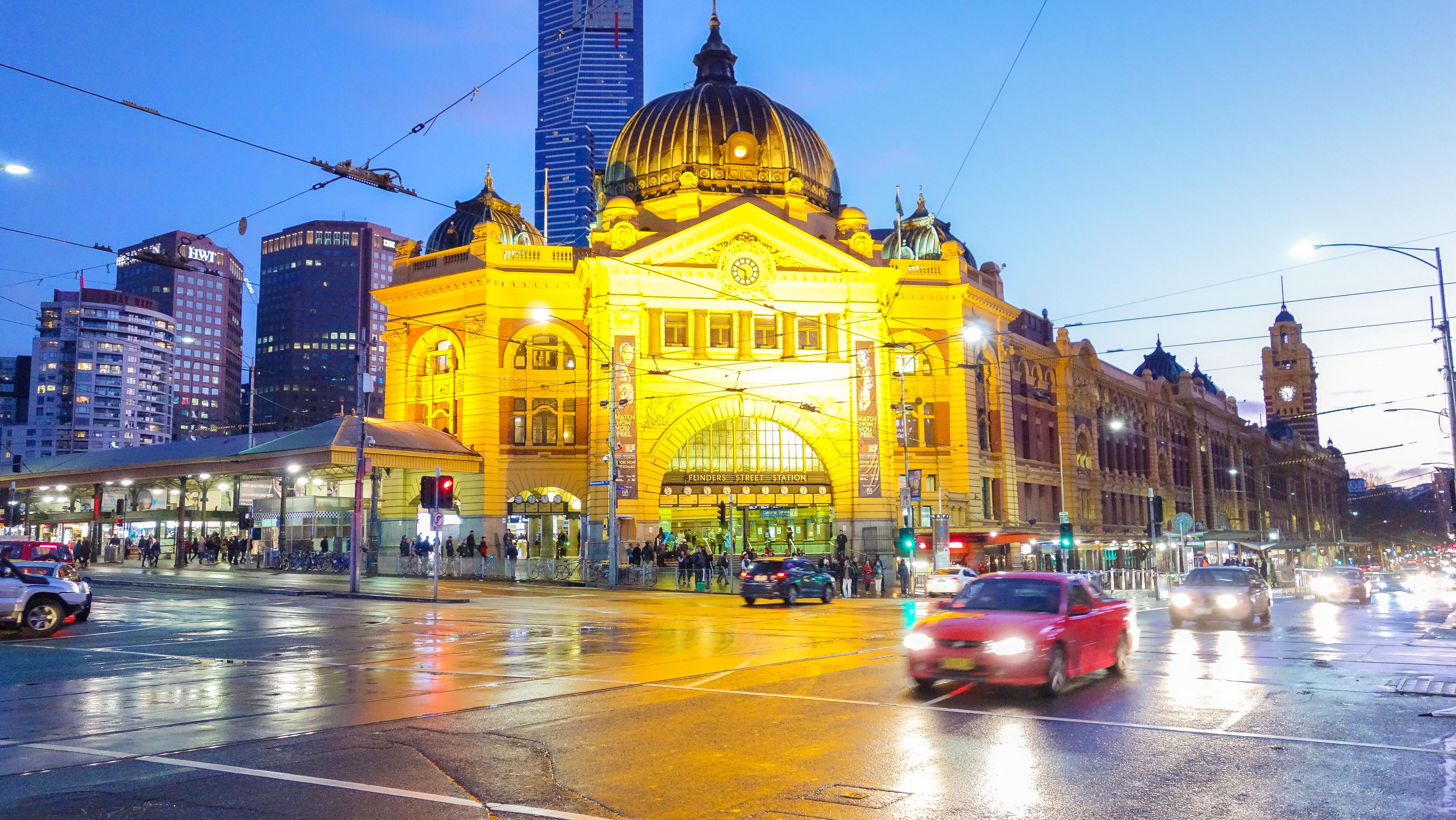 Melbourne and 3 Cities to Hail Under Rain

If you’re living there right now, or just checking the forecast you’ll know the world’s most liveable city has been in a springtime snafu of rainy weather. Although September should mean to be the start of warmer weather and a preview of summer, the past few days have seen far more people tempted to pack a snowboard over a surfboard for a weekend away. Pictured: Not exactly what Melburnians had in mind for springtime weather.

It should not be news weather can have a big impact on a city and region. This does not just apply to train delays, lost productivity in the workplace (as many may be inclined to stay under the covers and call in sick on a torrential day), but also to the positive effect of good weather on a locale.

With its eternally sunny climes – getting on average 293 days of sunshine in the city compared to New York’s 234 – Los Angeles long lingered as a natural choice to setup shop a century ago as the American capital of film making. Further south you’ve got a city like San Diego, heralded as having one of the greatest climates in the world, and accordingly a hub for many startups, eateries, and sports businesses who’ve made their home in SD.

Then there’s the vineyards across California and around the world, from Cupertino to Calabria, warm and dry climates over cold and fierce winters shall always be the ideal for growing grapes.

After all, wonderful as they may be in other things, Nuuk, Greenland, and Reykjavik, Iceland, are unlikely to become wine capitals of the world anytime soon.

But what of the cities that have thrived despite the rain? Those that have not only withstood it, but thrived in spite of grey skies around it.
Let’s look at 3 now… Seattleites don’t need to wait for a full moon to get a rain dance going.

The home of tech giants Microsoft, Boeing, and Amazon, with around 958mm of rainfall annually, Seattle is a city set to be forever associated with technology and rain. Of the cities on this list, Washington State’s largest has not only come to accept its association with the bad weather, but actively embraced it.

With numerous Seattle sports teams evoking the climate – and a particular Supersonics star even bearing the handle ‘the Reignman‘ throughout his tenure – Emerald City fans have long looked to bad weather as a good sign for their team’s prospects.

In turn, it can be said just the same as LA served as a natural domain as the capital of glam and hair metal rock in the 80’s, so too was Nirvana, Pearl Jam, Soundgarden and more well-set to pump out moody grunge rock in the early 90’s in their hometown up north. Pictured: A pretty river in Zurich that was a road just ten minutes ago.

With an average annual rainfall of a whopping 1086 mm, Zurich is one of the most rain-soaked cities on earth. While you’d perhaps not be surprised to see anyone but Noah getting people into the Ark with all this rainfall about, the Swiss city is instead a leading financial capital of Europe.

What’s more, holding two major universities, a strong media sector, and a thriving dining and food scene; the rain may indeed be a constant feature of life in Zurich, but it has done little to deter the development of a city in other areas. So, even if you find yourself having a hit on the links – and then set back a few hours thanks to the deluge – there’ll be more than enough to keep you amused in this great Swiss city. Who is worried about a little rain when running by James Joyce’s old house?

For a nation with a population today of around just 4.5 million, the people of Ireland have made a habit of having a huge impact on culture at home and across the world. Just the same as the diaspora of Erin’s Isle has made landmark contributions in culture of the US, the UK, wider Europe, Canada, India, New Zealand, Australia, and beyond, so too has the nation’s capital held a rich heritage in literary contribution and artistic creation.

While it may receive 780 mm of rainfall annually, it’s clear the weather has not held back the city. From Oscar Wilde to Samuel Beckett, Francis Bacon to James Joyce (and yes, more recently: U2, Colin Farrell, and Conor McGregor), the arts has received an outpouring of talent from the town beneath the sometime-grey Irish skies. This is more like it. Pictured: St Kilda Beach and its foreshore on a sunny Melbourne day.

So, the feeling may be inescapable: if you’re in Melbourne now you’re feeling a little cheated. September should signify the start of good weather, of sunshine, and maybe even the chance to dust off a Baywatch Season 2 DVD to practice running your local beach like the Hoff.

These remain genuine grievances/Hollywood aspirations. Just the same though, with a comparatively low 648mm of rainfall per year the city most certainly remains in the mix as one that can still battle on despite a near-blizzard.

This all the more so as while spring outdoors in the city is wonderful, so too do many forthcoming attractions offer an extra incentive to wander inside a building or two in the weeks ahead.