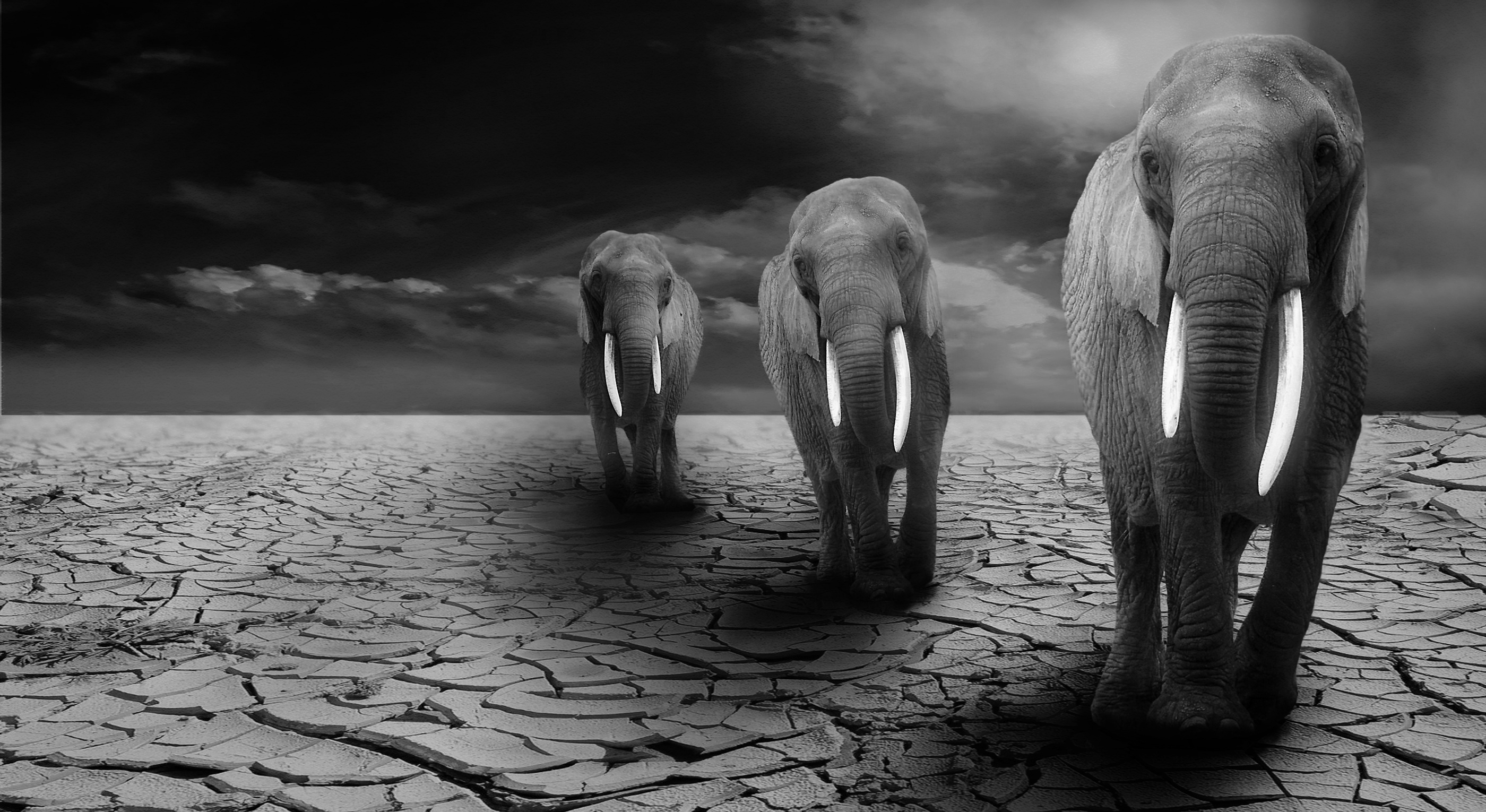 The Cross-Border Animal Crisis in Africa

2016 has illustrated there are many challenges facing the African continent as a whole, and African Union as a collective representation of the region. This has been seen in democratic deficits, civil conflicts, and larger questions of how to balance trade and defence relationships beyond Africa. Looming large among these problems is an issue often overlooked – but one that is now held to be at crisis point; the management and security of African wildlife.

To those yet to read of the severity of the situation it may at first seem tangential or peripheral to the more visible and overt problems facing the African region. Yet, it is also a reality that even those who would regard animal welfare as a middle order or secondary issue would need consider the wider dangers of leaving poaching unaddressed. As National Geographic reported in August 2015, the link between elephant ivory hunters and terror financing affirms both the need for disinterested parties to look once more at addressing animal welfare. Alongside offering a good avenue for security and political leaders to combat and campaign against terrorism.

As a West African Lion may roam through 100 square miles (259 Square Kilometres) of territory – and travel further in event or food shortage – the capacity of individual nations to maintain and secure wildlife when wildlife regularly cross borders is limited. Yet, with recent years illustrating population of the West African Lion is at a critical status – alongside many other African species of wildlife – the risk for the African continent is very real that any progress within this sphere could come too late. So, with the severity of the crisis clear the question now is: what has been done and what needs to be done? Let’s review first the work on some individual African nations and their efforts in this area. The West African male lion is distinctive for the absence of a mane. It is also critically endangered. Picture: supplied.

As a nation, Nambia has been an African leader in pursuing effective policies of conservation. Following its independence in 1990, Namibia pursued a policy of wildlife management that placed an emphasis upon local and community-based administration. Then there is the work of the Ugandan government, who has deployed military forces in an effort to guard and protect the elephant population – and having experienced a growth from a low of 800 in population to up to 5000 by June 2015 – the success of this effort has been plain and clear.

Yet, while Namibia and Uganda may represent a positive story of conservation, the nation of Tanzania sitting south of Uganda’s borders evidences the challenge of protecting animals across the continent when one government’s committed efforts to conservation may be thwarted once an animal has crossed a national border. Widely reported to be plagued by corruption within its government – which has a corrosive effect on the civil process and effective administration of a government – the population of Savanna elephants in Tanzania held dropped from a 2009 level of 109,000 to less than 44,000 in 2014, and can be directly attributed as a result of this corruption and animals vulnerability to poachers in Tanzania.

In light of these factors the dilemma facing the African continent and African Union as its regional body is how to avoid stifling in red tape the effective local and national initiatives as seen in Namibia and Uganda while also seeking to address the very real problems faced by conservation in nations such as Tanzania. Further, while the work of non-government organisations to work alongside the African Union shouldn’t be discounted, the sovereign power of the African Union and the individual nations of its membership affirms government leadership need be at the forefront of the conservation effort. The absence of a continent-wide conservation policy threatens the beauty of the African continent and its animals. Picture: supplied

For its part, the African Union has taken steps in recent times to form a unified response in this sphere by holding a number of ministerial-level meetings since 2014, and formulating a draft strategy in May 2015. Yet, notwithstanding the nature of bureaucracy to see wheels turn slowly the CSIS has declared “the need for urgent action” within African conservation and such a strong call could soon be regarded as fateful last words for many African species. Accordingly, though debate remains in some areas about how best to achieve this – such as whether hunting predators of the endangered animals can assist in the work of conservation – the risk grows for immense loss via poaching of animal wildlife populations as a result of the AU moving too slowly. So, what could be done now?

Undoubtedly where progress could be made is with a the expansion of extraterritorial laws in other nations beyond Africa. The potential for nations like the USA to expand existing legislation protecting endangered species within their own nation to the international area would be a simple process from a legislative perspective. Though it need be noted the capacity to effectively pursue offenders under such laws could be difficult – for a case against poaching abroad could struggle from lack of participation from local authorities to affirm a crime has occurred – the very creation of such laws would still less serve to increase the risk to foreign poachers who have previously been able to poach in Africa, and then been certain to face no legal ramifications domestically upon returning to their own nation outside the region.

With the UN recently estimating the illegal wildlife trade around the world could have a total value of up to $213 billion yearly there should be no illusion of the difficulty developing an effective African conservation policy. In turn, the capacity for corruption in African nations to forestall progress in this regard appears very real.

Yet, as opposed to issues within the political or defence sphere – that may loom more urgent but are harder to encapsulate in a public platform – the opportunity for the African Union to exert soft power both on nations within its membership and around the world towards formation of a strong response in the conservation sphere appears considerable.

Just as China has famously done with its ‘panda diplomacy’ so too could Africa stand to make real progress not by bureaucratic maneuvering but instead by seeking to grow public pressure to support greater protection of endangered species on the continent; lest they disappear forever.